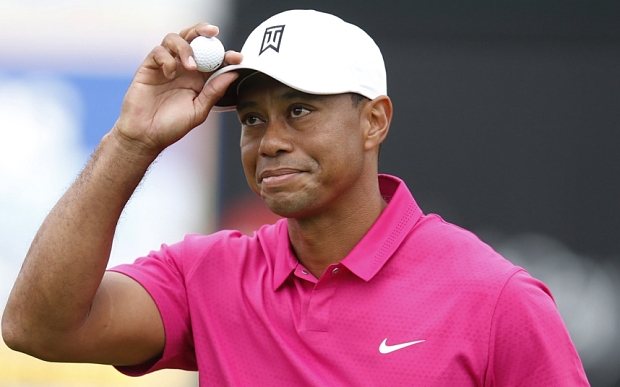 Tiger Woods...Tiger Woods acknowledges the crowd on the 16th hole during the first round of the Phoenix Open golf tournament, Thursday, Jan. 29, 2015, in Scottsdale, Ariz. (AP Photo/Rick Scuteri)

For the very first time since the year 1996, Tiger Woods would not be featuring on the top 100 list of golfers in the world ranking. Woods is indeed placed at the 104th position this past week.

Woods had not played ever since he withdrew himself from the Farmers Insurance Open on the 6th of February. The last time that Woods was out of the top 100 golf players was on the 29th of September 1996, almost two decades ago when he was positioned at the 225th place. A week following his 225th ranking, Woods had brilliantly won the Las Vegas Invitational. He was 20 years old at that time and was the first of his PGA Tour victories. He went on to win 78 more PGA victories, bringing the total to 79 victories.

Until date speculations are rife regarding Woods’ return. In February the player had stated that his scores were not up to his set standards and he would not want to return to professional play until he brought back him game to a tournament-worthy shape. Woods would not be required to make any formal announcement as to whether he would be playing Masters until the tournament would start on the forthcoming 9th of April.

Woods have had quite some impressive statistics throughout his career. From the British Open in 1999 to the US Open in 2008, he has played 40 majors. This period was the prime one in his career in which he had won 13 out of the 40.