Even if Jurgen Klopp has been at Liverpool for eight matches, the effect that he is having on the club is substantial.

Without a doubt, the win over Manchester City over the weekend by 4 goals to 1 can be attributed to a beautiful display of counterattacking football. This is in stark contrast to the loss at Old Trafford by 3 goals to one just about 70 days ago.

Even if the starting XI’s between these two games were identical, there was barely any creativity and imagination shown in the latter.

So, how has Klopp brought about this change?

For starters, one of his strategies was the get back possession of the ball when it is lost. This is clear given that the number of interceptions that Liverpool made in the game against City was thrice as much against United two months ago. This was no different with the number of tackles made – from 23 in the United game to 32 against City. 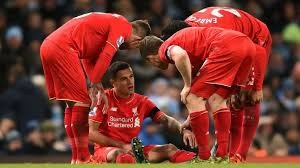 Apart from this, they also covered a lot more distance than the same players did against United. Yet this isn’t just one game since they’ve been running much more than under Rodgers.

Last but not the least, Klopp is also known for getting the best out of his players. In this case, it has been Firmino even if he wasn’t fit at the beginning of the season. It’s clear that he has been a lot of freedom in the ‘false 9’ position. The same goes for Lallanna too.