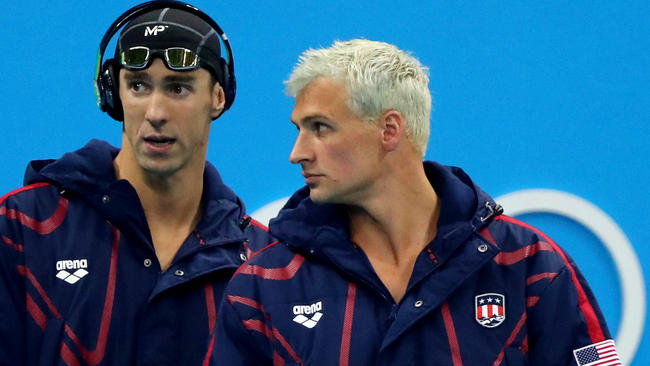 The star swimmer Michael Phelps has spoken about Ryan Lochte’s involvement in the Rio robbery scandal, but has not spoken to Lochte directly.

He said that he thinks that the controversy will work itself out, because “good people taking care of it, so hopefully.”

Phelps arrived back in the US days after three other Team USA swimmers became the focus of the alleged robbery.

Phelps was met by reporters at Starbucks, when he addressed the news. Onlookers said that although the team has had to deal with a rough couple of days,  Phelps seemed relaxed during outing. He made sure he stopped to greet and thank fans, who congratulated him on his performance.

The Brazilian police said that both Congar and Bentz had been detained prior to leaving Rio. They were then questioned and they came forward and told authorities that the robbery was “fabricated.”

The police said that Lochte and his fellow swimmers, had stopped at a gas station to use the restroom. They had then noticed that the restroom was locked and had started breaking it down, when a security guard had approached them. They had paid the gas station manager approximately $50 for damages.

Lochte issued a statement regarding the controversy by saying “I want to apologize for my behavior last weekend—for not being more careful and candid in how I described the events of that early morning and for my role in taking the focus away from the many athletes fulfilling their dreams of participating in the Olympics,”