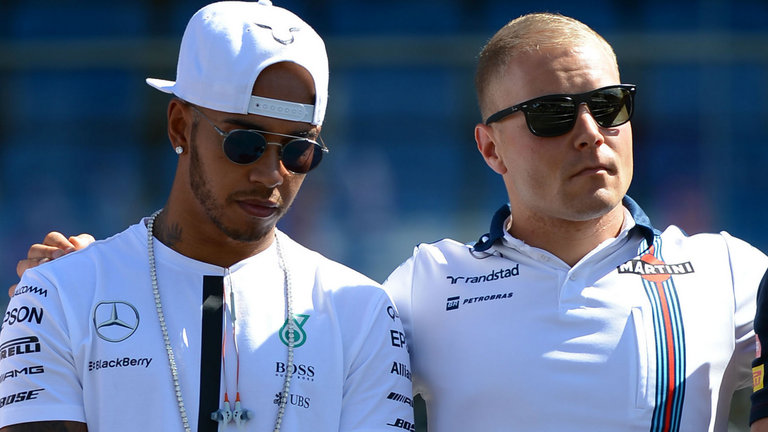 Valtteri Bottas with lineup alongside Lewis Hamilton at the start of the Formula 1 season in March. The announcement from Mercedes capped a long saga after 2016 Champion Nico Rosberg announced his shock retirement from the sport.

“It’s mega to be driving a Silver Arrow this year,” said Bottas in an address to the workforce at Mercedes’ UK factory in Brackley. “I can’t wait to get working properly.

The second Mercedes seat alongside triple champion Lewis Hamilton is probably the most coveted seat in the sport. Mercedes have been the team to beat for the last three years, taking both the drivers and constructors championships. Even with the extensive rule changes in 2017, their domination of the sport is expected to continue.

Bottas was signed to the Williams F1 team for the 2017 season. His release was conditional on locating an experienced driver. This was made possible by Felipe Massa coming out of retirement to mentor 19-year-old teammate Lance Stroll.

Stroll is the son of a Canadian billionaire and has won every the championship in every category he has competed in thus far. Observers describe him as an exceptional talent. It was important for Williams to have an experience lead driver to temper the young charger.

Speaking of the moves, Claire Williams, Williams’ deputy team principal, said: “I’m delighted that Felipe has agreed to come out of retirement to be a part of our 2017 campaign. With Valtteri having a unique opportunity to join the current constructors’ champions, we have been working hard to ensure that an agreement could be made with Mercedes to give Valtteri this fantastic opportunity.

Williams is also a customer of Mercedes engines and is rumored to have negotiated a significant discount in order to release the highly rated Bottas.